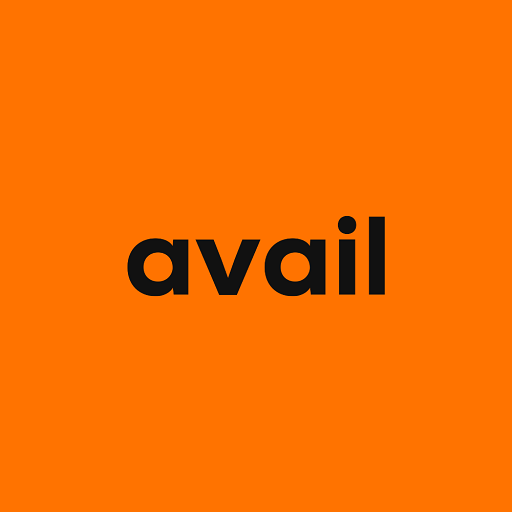 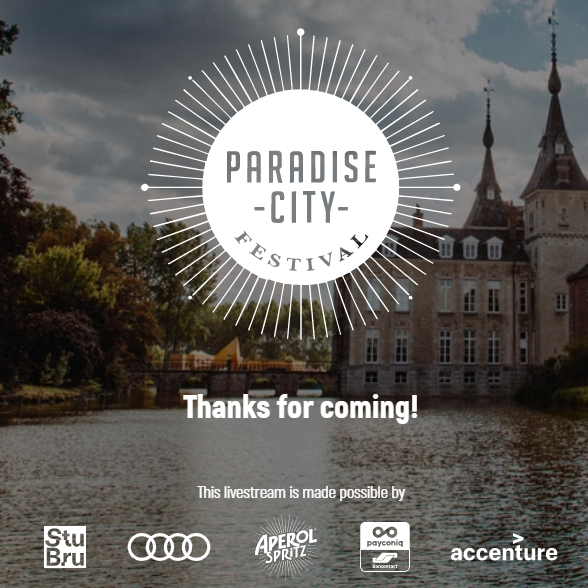 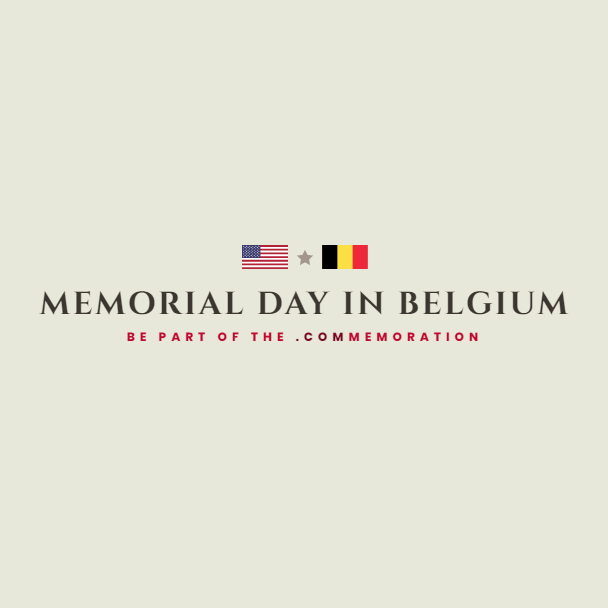 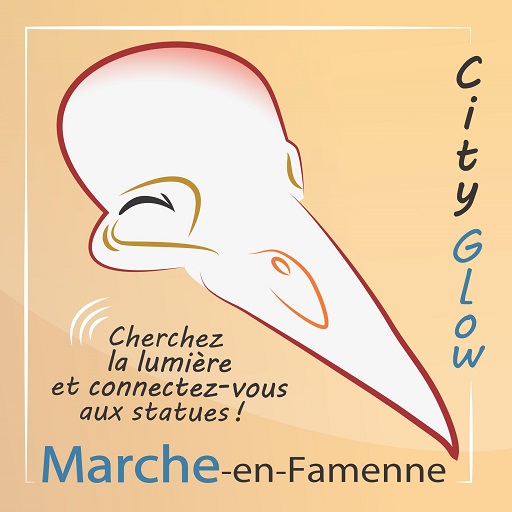 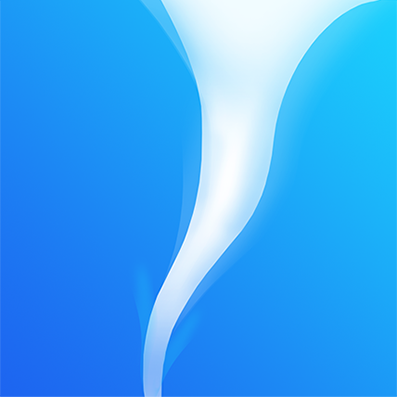 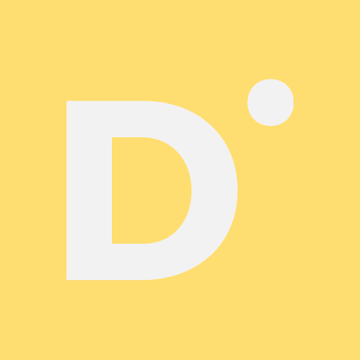 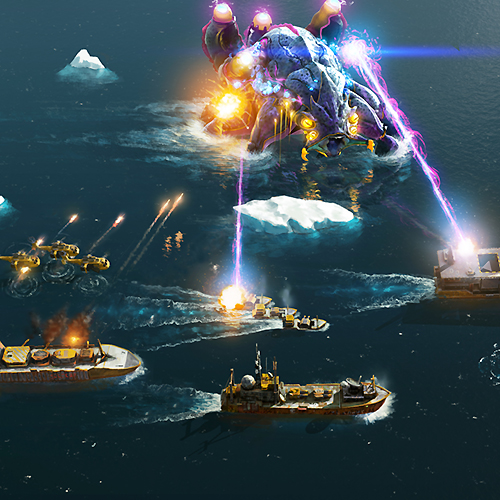 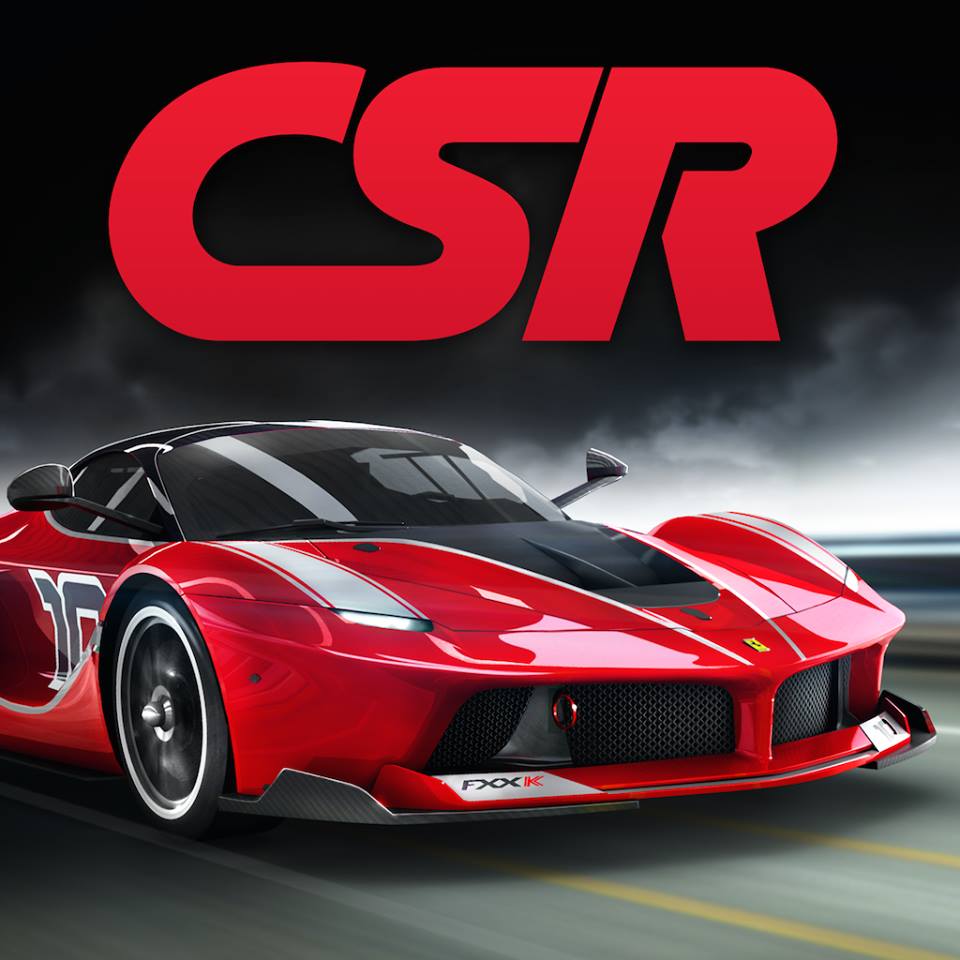 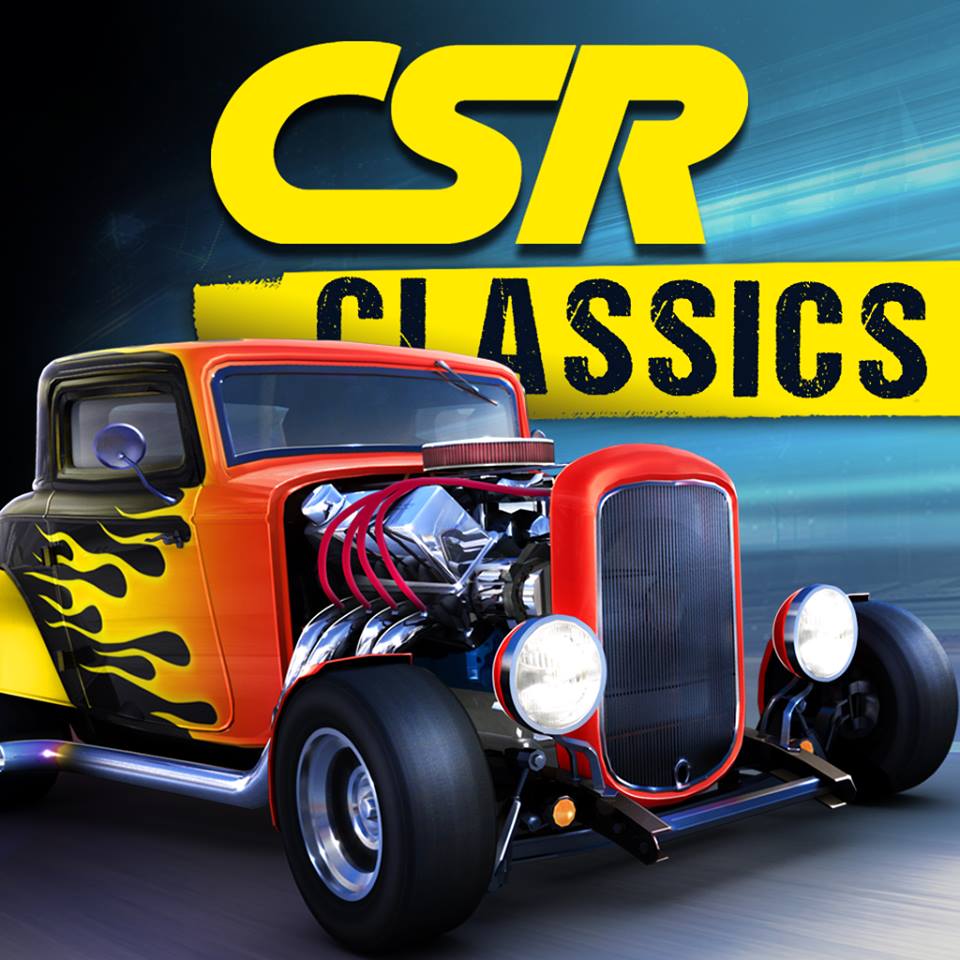 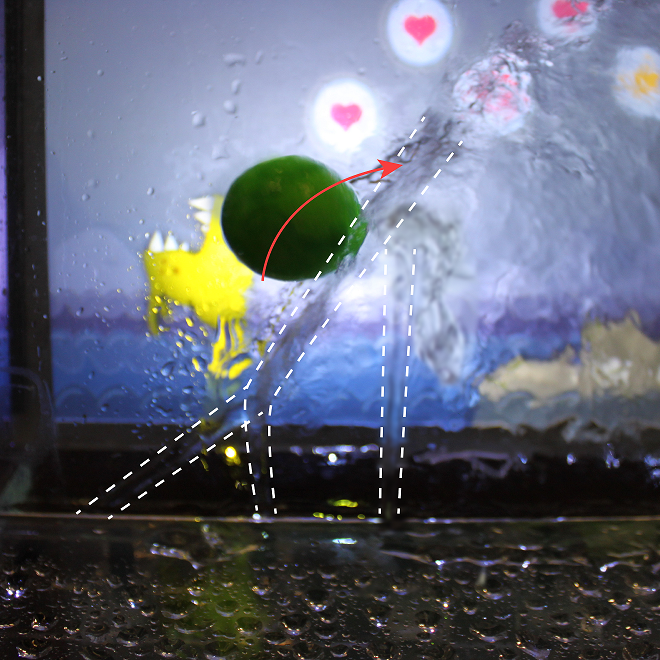 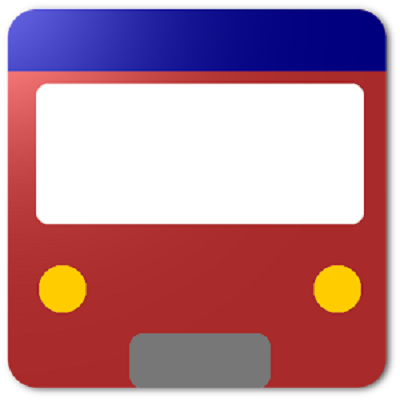 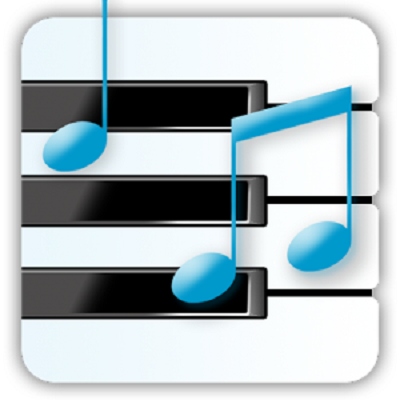 His skills include native Android development, cross platform frameworks such as Flutter and Unity for both Android and IOS, and serverless architectures with tools like Firebase. For conversational agents his toolset includes Dialogflow and Node.js.

"Stockx is a highly adaptable programmer who continuously owns and delivers in every aspect of his role. He has led the development of key features and also drives the adoption of cutting edge platform specific technology into the games."

"Stockx always has one finger on the pulse of the game and the tools used to create it. He regularly alerts me to new opportunities to work with platform holders on the latest technology to remain at the cutting edge of game development."

Avail is a social fashion app that offers exciting rising, small and independent fashion brands who are yet to be discovered. It has done the job for you! Furthermore, it allows a new way of shopping: by letting the community curate their own selection of items, which they choose from the brands Avail selects, Avail becomes an inspiring community where fashion-lovers could purchase the ‘styles’ selected by those who inspire them. 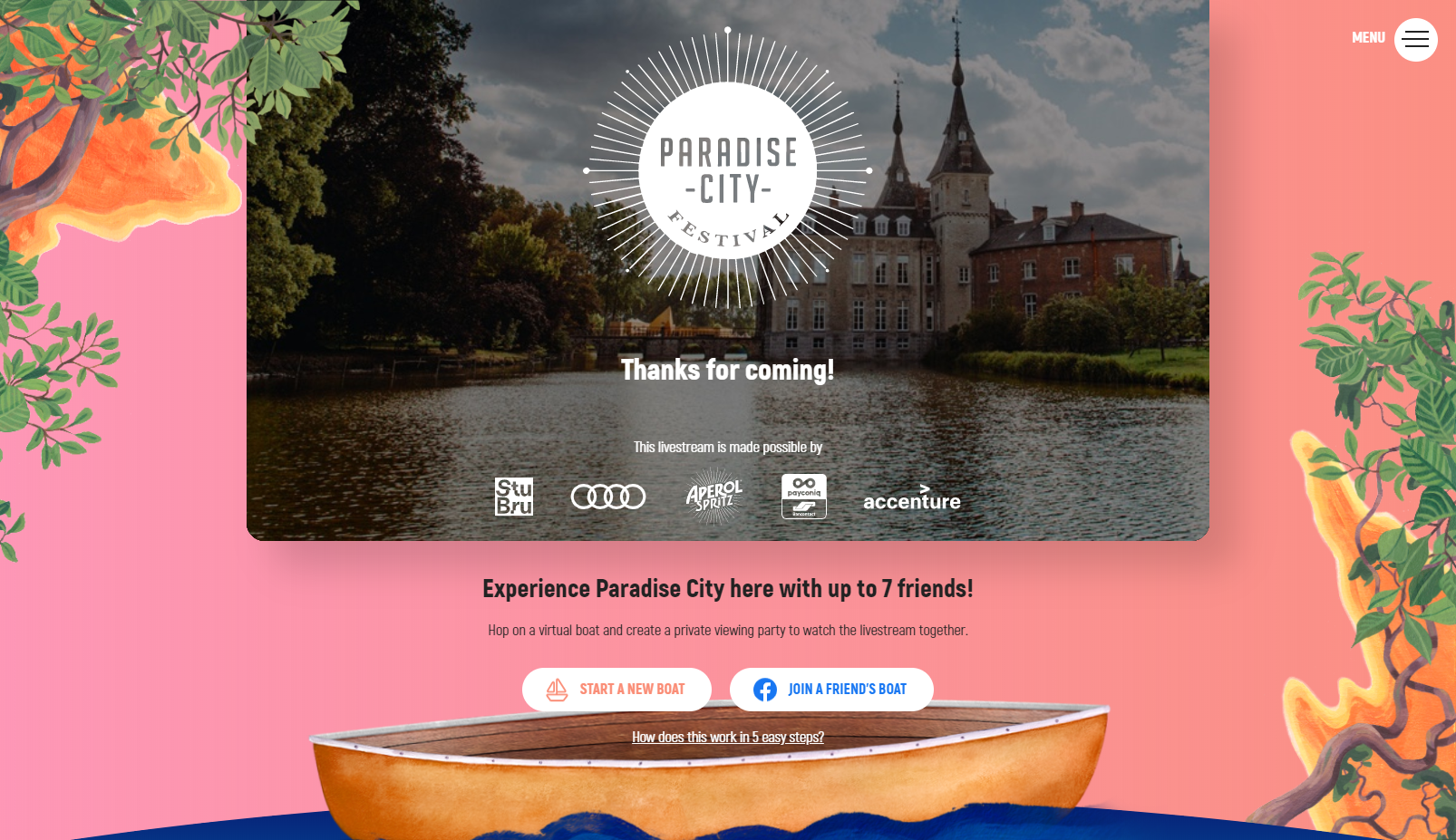 Stockx IT is proud to have worked with Kunstmaan | Accenture Interactive to make sure Memorial Day in Belgium still took place in 2020.

For nearly 100 years, the American Overseas Memorial Day Association in Belgium has ensured that public ceremonies are held to honor America’s fallen. Yet with current regulations prohibiting public gatherings, more than 20 Memorial Day ceremonies in Belgium were cancelled this year, most for the first time since 1923. Resolute that COVID-19 would not get in the way of the 75th anniversary of the Battle of the Bulge and the end of WWII, the Association turned to interactive technology to remember America’s fallen. More than 3,700 people attended the interactive ceremony.

The online occasion developed by Accenture Interactive Belux and Stockx IT is unique for its combined livestream and social interaction experience. The public were not only able to watch the event live but could be a part of it in real time. As the ceremony unfolded, viewers could choose to watch the livestream alone, or to invite up to eight people in a virtual ‘seating area’ in order to experience the ceremony together as they would at the actual events. More than 3,700 people attended the ceremony.

Participants were also invited to lay a virtual rose in honor of all men and women who have died in military service for the United States. Of the more than 500,000 American service members who died during World Wars I and II, more than 14,000 are buried in Belgium. 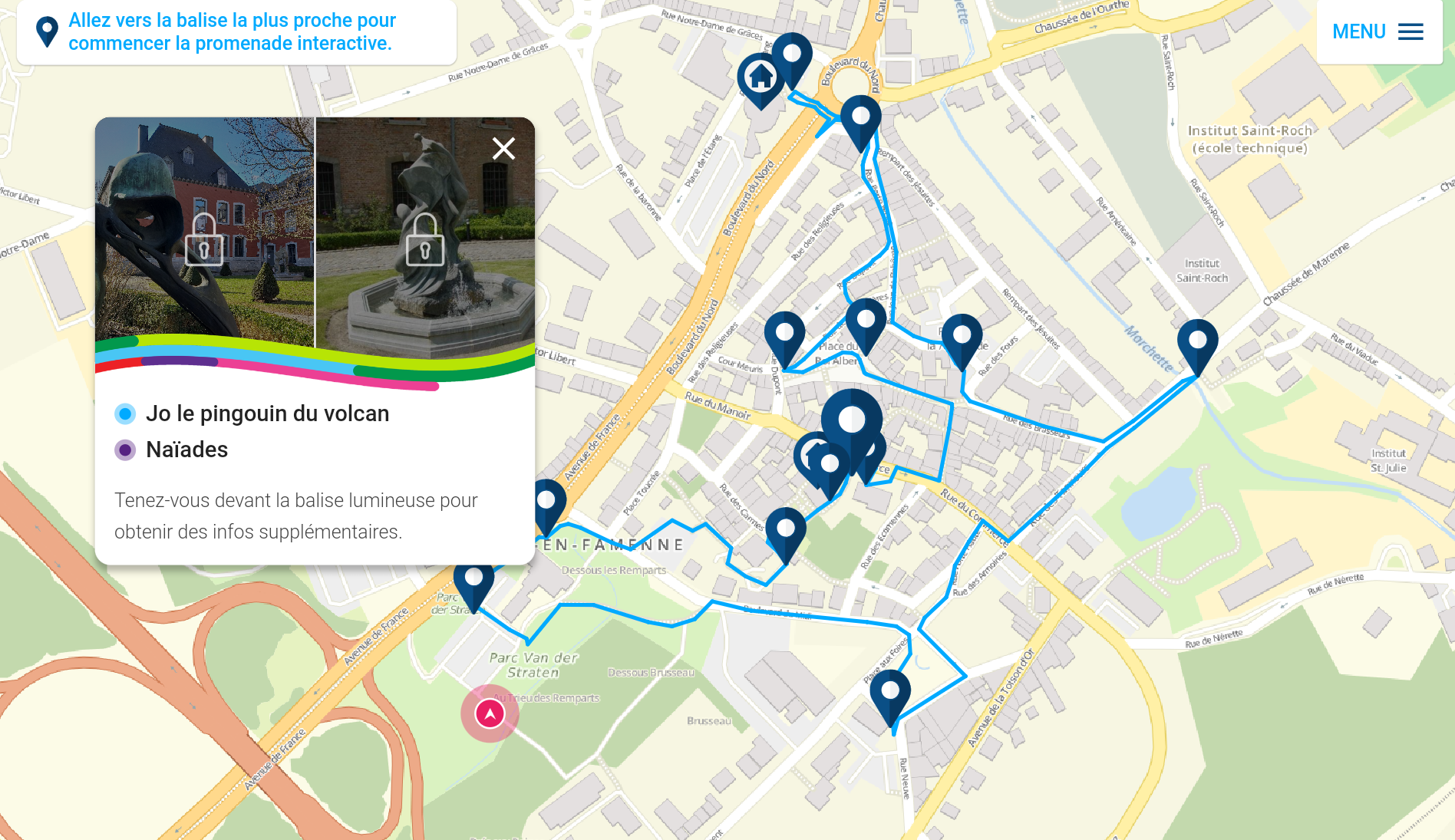 For Engie, a client of Kunstmaan | Accenture Interactive, Stockx IT built a unique mobile app for dedicated Android tablets in Flutter.

The application, CityGlow, allows for data to be transferred much faster and safer via LiFi than through regular wifi. As a pilot, it will be used in the cultural scene to give people a unique and interactive experience.

The procedure is simple: visitors use the CityGlow tablet to navigate throughout the city, where Engie installed a series of LiFi lamps that pick up on the tablet’s signal and automatically turn on. When a visitor walks up to a statue, the light from the Lifi lamp automatically gets recognised by the tablet. In a split second, the app unlocks a certain piece of content: introductory text notes giving the visitor insights about the artist, images of his workshop or of other related works, videos with artist interviews and even games.

Feel free to visit Marche-en-Famenne at any time to experience CityGlow for yourself!

Using the KMI - IRM Action for the Google Assistant, people can not only get weather info for a certain date or location, but they can query for clothing advice and even ask if the weather fits a certain hobby or activity. Questions like "Hey Google, ask KMI if I can wear shorts to Pukkelpop on Thursday" or "Hey Google, ask KMI if the weather is good for surfing this saturday at the coast" are now possible.

You can find some more technical details on the blog post I authered for my client Kunstmaan on the Kunstmaan Labs website: https://labs.kunstmaan.be/blog/how-we-created-the-conversational-agent-for-the-rmi 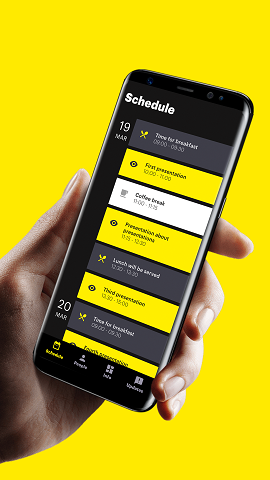 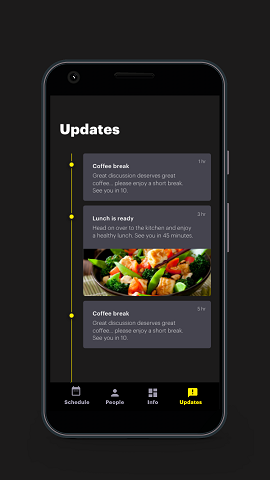 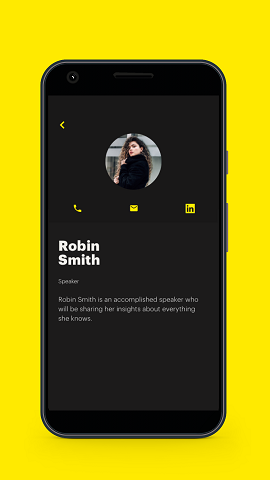 Uniting4X! is a workshop tool with everything you need for a smooth event experience. Selected attendees sign in with the code received by email to start. The backend has been implemented with Firebase, including Firebase Authentication, Firestore, Firebase Functions, and Firebase Cloud Messaging. The whole app was delivered on schedule in less than 2 weeks of development. 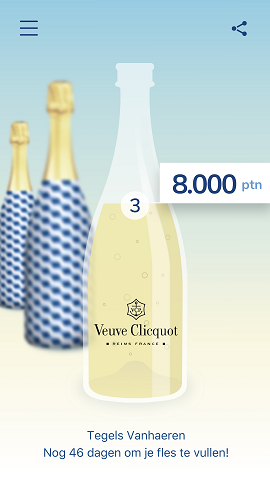 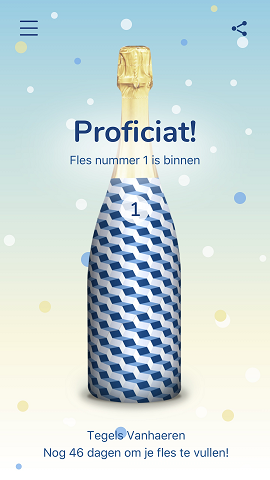 Together with Kunstmaan | Accenture Interactive, a new mobile app was created for azuleo, subsidiary of Steylaerts. Azuleo was looking for a way to increase loyalty of partners who install tiles and products in the homes of consumers. In addition to existing initiatives, azuleo wanted to give away champaign to its partners in a fun and engaging way at the end of the year.

Together with Kunstmaan the concept was created to use a mobile app as a way to collect points when partners visit or pass by the showroom. Points are also rewarded for each sale and for events such as birthdays.

We made this happen using the latest innovations in mobile technology including Flutter and Firebase. Part of our solution includes geofencing to automatically reward points to partners who happen to pass by or visit the showroom.

The app was successfully launched with a high adoption rate at an azuleo partner event. In December the first rewards period will end, and auzelo’s partners will be able to enjoy the holidays with champaign. Cheers!

The serverless architecture was achieved with Firebase, using Cloud Firestore as the database model. All data from Firestore is streamed to the device, resulting in constant real-time updates. Firebase Authentication is used together with Slack sign-in, Firebase Storage for managing user-generated content such as profile pictures and kudo's, and Firebase Functions (together with Firebase Cloud Messaging) are used for triggering push notifications and syncing our user database with Slack. Lastly, Firebase Analytics are implemented as well.

Implementing this internal app in Flutter successfully has provided Kunstmaan | Accenture Interactive with the confidence to start providing Flutter as an option for mobile apps to clients.

Create, manage, and follow up on your dreams. Get donations and inspiration from other users. Link your bank account (savings and current) to allocate your savings to each of your dreams, and get motivated to achieve them.

Worked as the main Android developer on Didid from the start of the project for a duration of about 18 months. I was instrumental in several UX decisions as well as technical architecture.

Due to differences in vision for the future of the project, the decision was taken to let another agency take Didid to the finish line. Still, the majority of the code in production remains authored by me.

All content visible in the video above is pre-September 2018, so it may differ from the actual production app.

When Kunstmaan became a part of Accenture Interactive, a challenge was set to create a new immersive and interactive Accenture logo in the entrance hall of the Kunstmaan office in Leuven, to replace the wooden Kunstmaan logo. Instead of going for an off-the-shelf solution, it was decided to completely build it in-house. The hardware consists of 3000+ LEDs, 5 ultrasonic range sensors, and 5 USB-ISS communication modules (4 for the LED screen, 1 for the sensors). The software is built in Unity for rapid iteration and allows easy switching between several scenes.

For this project I've built the complete Unity project singlehandedly, and assisted with building the hardware.

Provided code support (both Android and Unity) on an unannounced game: During my time at the award-winning Boss Alien studio, where I started as a Graduate Programmer, I've been a part of the CSR Racing developer team. As both a Gameplay Programmer and Platform Specialist (Android), most of my time was spent on adding new features and improvements to the CSR franchise games, whilst making sure our games utilised the latest features provided by the Google Play Services or the Android platform in general.

In the last few months of CSR Racing's development I was the sole engineer on the product, working together with Zynga and several 3rd parties to make sure all external SDK's were as stable as possible for the final update of the product. During my time at the award-winning Boss Alien studio, most of my time was spent on adding new features and improvements to the CSR franchise games, whilst making sure our games utilised the latest features provided by the Google Play Services or the Android platform in general.

Due to the similarity of the CSR Racing and CSR Classics codebases, several changes and fixes applied to one game where also applied to the other. 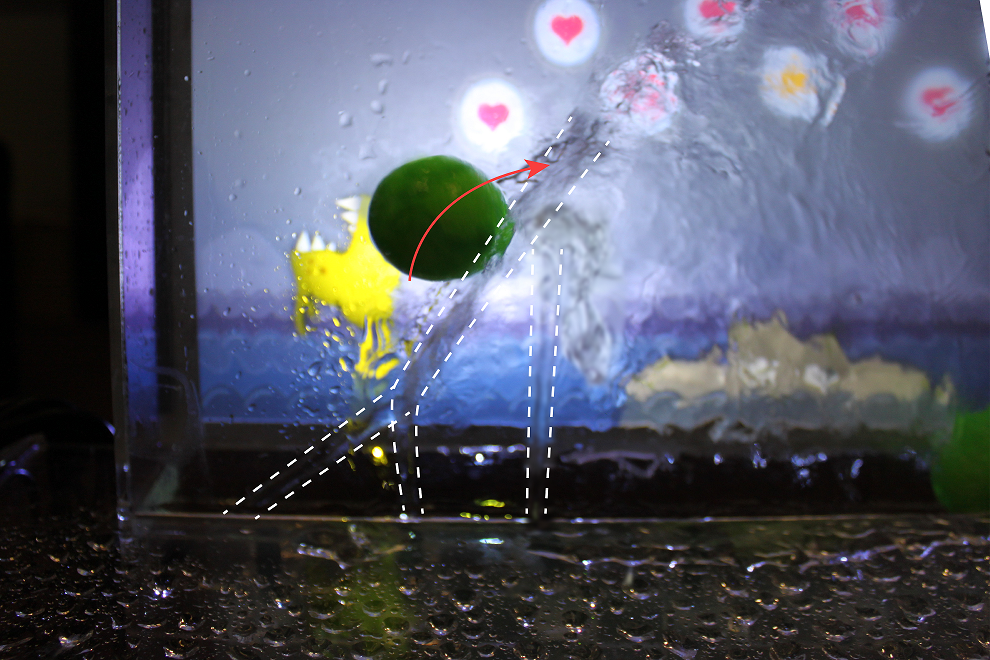 Our team from Hasselt University consisting of Ben Jorissen, Raf Ramakers, and myself won the 2nd People's Choice award at the UIST 2013 Student Innovation Contest. Each team was given a state-of-the-art hardware, and are challenged to come up with interactions for the device. In 2013, the provided hardware was a kit containing 8 small waterpumps. After brainstorming we came up with an idea for a game, where you can control a ball using fluid dynamics and the 8 pumps.

As visualized in the picture above, we put a pump at each side, and six at he bottom of the setup. The ball floats on the waterjet propelled from the bottom pumps. The ball can be moved between pumps by activating the side pumps to splice the waterjets as seen in the image below. To integrate a game we used a projector and webcam, to respectively project and capture the scene. The game is controlled by an xbox-controller, hence the name of the project.

Thanks to rapid advances in technologies like GPS and Wi-Fi positioning, smartphone users are able to determine their location almost everywhere they go. This is not true, however, of people who are traveling in underground public transportation networks, one of the few types of high-traffic areas where smartphones do not have access to accurate position information.

In comes SubwayPS, an accelerometer-based positioning technique that allows smartphones to determine their location substantially better than baseline approaches, even deep beneath city streets. I've highlighted several immediate applications of positioning in subway networks in domains ranging from mobile advertising to mobile maps and present MetroNavigator, a proof-of-concept smartphone and smartwatch app that notifies users of upcoming points-of-interest and alerts them when it is time to get ready to exit the train. Instrutorials is a mobile Android application created for my Bachelor Dissertation at the School for Knowledge Technology (or 'School voor Kennistechnologie' in Dutch), a cooperation between Hasselt University and Maastricht University. It provides a visualization of a music score by showing how it is played on an instrument, and allows a person who has no score-reading skills to learn how to play a specific song or classical piece on a music instrument.

It was made with support from MuseScore.org and can also be used to browse their content.